I'm excited to be here in Berlin, at the last Google Developer Day of 2011. It's hard to believe we're on the cusp of 2012, and getting ready for a whole new season of conferences. At Google, we're a little worn out from 2011: 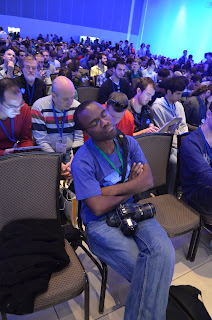 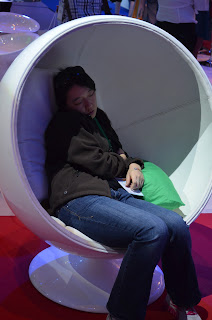 (Photos from Tel Aviv)
But we're amazed by the turn out here in Berlin, over two thousand. The most of any GDD this year, possibly the biggest single event we've ever thrown, outside of the US. The event is being held at the massive ICC Berlin. It's so big that I'm not going to the keynote, because I'm afraid I wouldn't have enough time to make it to my session which only starts 15 minutes afterwards. Seriously, this place is like the Death Star. We keep expecting to see little robots racing down the halls, and given that it's GDD that's an actual possibility.

One of my complaints about GDDs is that there is so much great content, but I never get to go to the sessions because I'm working. In a tradition going back to the first German GDD, we've got a track devoted to speakers from universities in Berlin speaking about some cutting edge research. I can't wait till the videos go up. But the truth is, I'd rather be talking to developers anyway, I learn so much from you. So if you're here, see you at my session, or in the GTUG area, or exploring some of the sandbox events. For the rest of you, see you on Google+. 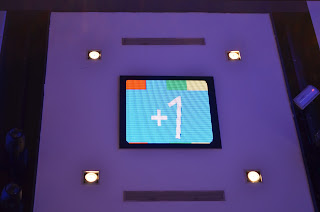